After Such Kindness by Gaynor Arnold

SYNOPSIS:  Margaret is recently married to a good man who – so far – has been understanding of her reluctance to fulfil her wifely duties. Margaret discovers a long-forgotten childhood journal and she suddenly realises that a whole chunk of her childhood memories are missing. The journal takes her back to a delightful summer where she was entertained by the young Rev James Jameson, a friend and colleague of her father’s at Oxford. How could those pleasant days have led to such unpleasant adult nightmares? Margaret is determined to dig out the truth…

THOUGHTS:  Arnold has based this novel, categorically, upon the relationship between Charles Dodgson (Lewis Carroll), and his child-muse Alice Liddell. There has long been suggestion that the relationship was not as innocent as we would all prefer to believe (although more recent research puts this supposition into perspective – see In the Shadow of the Dreamchild by Karoline Leach) so there are all kinds of novelistic depths to potentially explore.

My main problem with this novel was that Arnold does not quite have the literary dexterity to emulate/replicate the crisp rhythm and rhetoric of Carroll’s own language and her attempts simply fall flat for me:

“’Papa says I have to give away all my pocket money if I see a beggar,’ she went on. ‘Especially if it’s a child with no shoes on its feet.’
‘On the contrary, I suggest you go into a fruit shop,’ I said.
‘A fruit shop?’ She wrinkled her forehead. ‘What for?’
‘To buy the poor creature a pear.’
‘A pear? What good would that do?’
‘A great deal of good, if it were a pair of shoes.’”

Attempts to weave elements of Carroll’s actual Alice books into the narrative come across (in most cases) similarly lacking in subtlety. Give the reader a little credit! And in general, the dialogue/language usage/vocabulary of the characters often seems a little incongruous to the period (based on other novels I have read) although Arnold is at least clearly attempting to capture the historical tone.

These linguistic issues aside, though, Arnold has an interesting interpretation of the Carroll myth to share. Through multiple narrators it is clear that the obvious villain of the piece is not the only villain of the piece. Arnold’s personal interpretation of Jameson/Carroll is confirmed in a brief afterword, although I had drawn this conclusion already from his representation. It is a story which – although being of a very accessible level – in parts definitely makes for uncomfortable reading. I really enjoyed the conclusion of the story which I was grateful did not succumb to triteness.

I perhaps would have enjoyed this story more if Arnold had simply not employed so many attempted Carrollisms and parallels with the original Alice. I think the references to writer and muse would have been just as clear and probably more effective if she had given Jameson an alternative persona rather than trying to replicate a very specific type of language which did not come naturally to her. A little distance could have added a lot more ambiguity into the piece, especially given that Arnold shifts the focus onto Daisy/Margaret’s father, anyway (in a purely invented twist of the tale). Overall, though, I did enjoy the story, which in fact does add a very interesting and fresh perspective to a real-life enigma when it could very easily have fallen into the realms of cliché as so many have done before. And to be fair, I don’t think ambiguity was necessarily Arnold’s aim.  She used the story of Carroll and Liddell to point out that abuse comes in many forms, some more recognisable than others.

FOLLOWING ON:  Still She Haunts Me by Katie Roiphe approaches the Carroll Myth in its classic form and is more successful in drawing the historical context. John Lachlan Gray ties an interpretation of the Carroll/Liddell story in with a contemporary mystery in White Stone Day, and displays a natural skill for emulating Carrollian verse and modes of speech – beautifully done!  Jameson’s way of insinuating himself into family life reminded me a little of Harriet Baxter in Gillespie and I by Jane Harris.

What I'm reading; what I've read 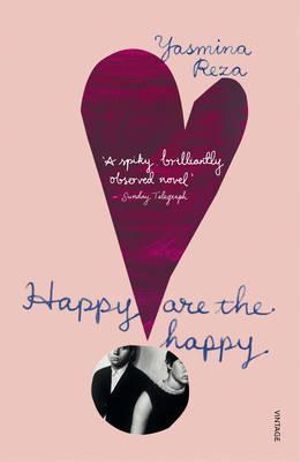 What my ratings mean: